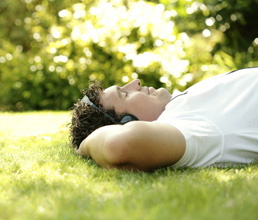 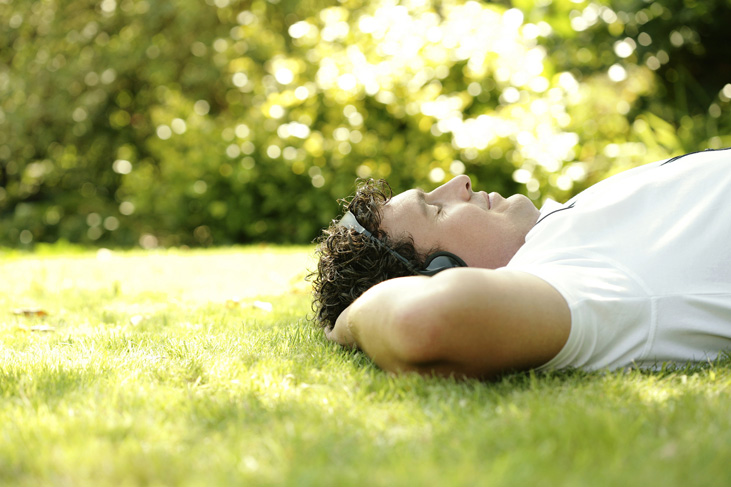 I lived with social anxiety for over 20 years, right through my entire childhood. At the time, I didn’t know I had a mental health issue. I just assumed I was incredibly shy and it was something I would grow out of. But that didn’t happen. In fact, as I hit adulthood, it got WORSE. Much worse. To the point where I flunked college because I stopped attending and went through university as a social pariah.

I couldn’t understand how I’d ended up like this. What is the cure for that? Aside from the fact that I would do anything to avoid going to the doctor, what was I supposed to say to her when I got there? How could she even help me? She’d probably just say I would “grow out of it” or to “man-up” and “get a grip”. How could I even disagree with that?

This was a decade ago, before everyone had internet access. At that time, it was almost impossible to know about a mental illness unless you’d actually been diagnosed with one. So I did the only thing I could think of that could possibly help me.

It’s still largely viewed as a strange, mythical, even comical practice. A stage act for hack magicians. It’s just a lack of education about what it actually is and what it actually does that keeps the stereotypes going. So let me see if I can bust some of those myths!

You are totally unconscious. You have no idea what they could be doing to you!

Hypnosis is a trance-like state, the same as if you were daydreaming. You have to be conscious because otherwise, you won’t hear the instructions which the therapist will be giving to you. You can come out of the trance at any moment very easily.

You can be changed into someone you really don’t want to be.

OK, technically you can be changed into almost any type of person but the point is, you’ll be able to hear every word your therapist says as you won’t be unconscious.

So on the one-in-a-million chance that you end up with some evil practitioner who wants to turn you into an angry misogynist with a fear of flamingos and an addiction to pickled cabbage, you would just get up, refuse to do what he is asking and go home to report him!

I know some people are put off due to what they’ve seen on TV. Like where they get someone to bark like a dog when they hear a whistle or jump onto a kid’s toy car and drive it around the studio thinking they are in a Ferrari motoring around Silverstone! But that is all done for entertainment. Hypnotherapy is a serious profession these days.

My therapist talked to me about my issues before going “under”. It was the first time I’d ever revealed my feelings to ANYONE and he empathised with everything I said. He was even telling me how I felt about things BEFORE I’d had a chance to! This made me feel so safe in his hands and completely understood for the first time. It was easy to then relax into the session.

It’s not a proper medical profession, it’s all a bit new-age and woo-woo!

As for the actual process, there’s nothing woo-woo (god, I hate that term!) about it. In fact, it’s all strangely normal! It is just you, sat in a chair (don’t even need to lie down) with your eyes closed while someone talks to you in a soothing voice. That’s it! You might feel a bit snoozy but that’s a good thing. It means you are totally relaxed. I could even hear the birds singing and the traffic outside.

You won’t drift off into some weird, macabre underworld where penguins rule with an iron fist or down a rabbit-hole of doom where knife-wielding clowns chase you through the wilderness! Probably.

All you do is daydream. Visualise scenes and create strong emotions within those scenes. I was asked to think of a moment in my life when I felt proud or happy. That’s not easy for many anxiety sufferers! But I managed to conjure up the time when I was selected to be team captain by the rest of my school football team.

As captain, I had to go up and receive the league championship trophy in assembly. This meant leading out my team onto stage in front of the ENTIRE school. Normally, the very idea would have had me cacking my pants for weeks beforehand. But this time, although nervous, I felt an overwhelming sense of pride. I relived it as if it was happening right then and there and intensified the emotion. Waves of happiness washed over me. It was a beautiful moment.

I was also asked to visualise scenarios where I felt extreme anxiety. Now that was no problem! I would then recreate the emotion when collecting the football trophy and hold onto it as I visualised talking to a girl, or with a group of people or walking alone into a bar. I played each situation over but let it run smoothly and just how I wanted it to go. It really was that simple.

I worried all the way through of course! I thought I must be doing it wrong. Or that I hadn’t visualised the scenes in enough detail. Or that I wasn’t deep enough “under”, so it wouldn’t work. Or that I was going to sneeze at any moment and cover the therapist in thick, gooey phlegm.

In part, I think I just felt it was too….well, easy! And there was no burning incense, Gregorian monk chanting or crystal pendants being waved in front of my eyes. I was slightly disappointed in all honesty!

As I walked out of the office and downstairs to the exit, I was certain it hadn’t worked. But when I stepped outside…..BAM!! New man.

Well I can only speak for myself but I have definitely not become arrogant (though I have become strangely brilliant at almost everything and women are queuing up around the block for a date – just kidding! The women only stretch to the end of the road).

In all seriousness, you are unlikely to become arrogant and here’s why; people with social anxiety are among the nicest, kindest, most caring people you will meet. I remember my hypnotherapist telling me that. It made me feel wonderful. And he’s right.

No matter how confident you get, you’ll still be the same person with the same sense of humour and the same beliefs and values. You won’t allow yourself to become arrogant. I’m essentially the same person I was before hypnotherapy but with added confidence. And it’s not confidence which will make you loud or extrovert.

True confidence is being able to be yourself and not worry about what other people think of you. It’s not about being the loudest, brashest person in the room. On the contrary, the most confident people are those who DON’T feel the need to be noticed.

You WILL automatically gain confidence but how that goes afterwards is entirely up to you. And trust me – EVERYTHING is better with confidence. There is literally NO downside. Except you might need a big, shitty stick to bat away all the beautiful people who now want to be your friend. That’s rough. But life will be whatever you want it to be.

When I made the appointment, I did have “legitimate” excuses not to. I had to pick up the phone and make a call (which I never did because I was scared of speaking on the phone). I had to go into a busy city-centre (which I never did without alcohol, drugs and the safe cover of night!) in the middle of the day. But I still pushed through because I’d hit rock-bottom and there was nowhere else to go.

Nowadays, you have the electronic mailing system. Amazing, this newfangled technology! You don’t have to speak a word. And there are therapists who will come to your home.

Of course, I was scared about the session. When I walked through the city-centre towards the therapist’s office, I was my usual self. Head down, eyes to the ground, scuttling rapidly, desperately trying not to make eye-contact with anyone. Head filled with the conversations of other people and the negative things they were so OBVIOUSLY thinking about me!

An hour later, I was the complete opposite. Head up, striding along slowly and confidently. DELIBERATELY trying to catch people’s eyes and SMILING at them as they walked by! I didn’t know what the fuck was going on but I LOVED IT! I had an insane urge to just RUN. I didn’t but if I had, I don’t think I’d have stopped till I got home.

I felt free, for the first time in my life. The proverbial weight, a ten ton iron anvil, had been lifted from my shoulders. I was ready to take on the world.

The next few days and weeks were spent largely laughing at myself for how warped I’d been.

“Why on earth was I ever worried about this?”

This was the phrase which kept coming to mind, as day after day, I put myself into situations where previously I’d been racked with anxiety. Catching the bus, answering the front door, making a phone call, shopping, speaking to work colleagues. All of these things were done with the minimum of fuss. And because they went by without any hitches, avoidance or caring about what others thought, I was not ruminating over the scenarios at the end of the day. Which is a large part of what consumes anxiety sufferers.

So this is how I overcame social anxiety. Just ONE HOUR of hypnotherapy cured ALL of this. Crushed my anxiety. And it can for you too.

If you’d like to read more about my experiences overcoming anxiety, how I also overcame post-traumatic anxiety in recent years, plus what it’s like to live with it as well as without it, please visit my blog timothyphoenix.com and come and say hello on Twitter.

This post was written by Timothy Phoenix from timothyphoenix.com.

If you can’t or don’t want to visit a hypnotherapist, you can practice self-hypnosis on your own. I describe the exact process I used myself in my guide on overcoming social anxiety. I am confident this process will put you on the fast track to inner peace and lasting confidence.

What are your thoughts on hypnosis and self-hypnosis? Do you have an interesting experience related to overcoming social anxiety? Please share it in the comment below!